Randy, our team leader, determined that if the group was interested, we would have enough time on Friday to make a day trip to the island of El Tigre off of Amapala on the Pacific coast of Honduras rather than arriving early in Tegus for our last night as a team. We said our goodbyes to the people of San Marcos and headed out right after breakfast in our truck caravan.

We arrived on the coast a little after 11am and negotiated the price for a boat to take our entire group across. Once docked on the island, we split up into groups so we could be taken by tuk-tuk (a moto-taxi) or truck to the other side of the island. Setting our things down in the shade of a local restaurant, we feasted our eyes on something that we had not yet seen during our trip to the land-locked capital and village: a beach! This was not a tourist beach. Neighborhood kids were playing soccer, fishermen were preparing their catch in a boat to sell to the nearby restaurants, and locals were burning trash nearby. 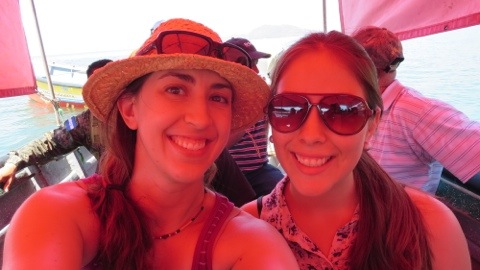 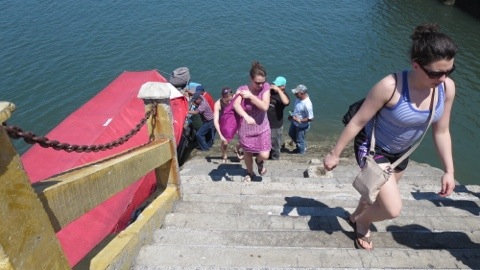 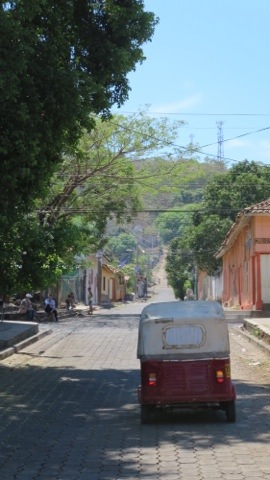 Immediately, a group of us went to sit out in the sun. I noticed a leggy local girl who couldn’t have been more than ten years old loitering around our towels. My first instinct was that she was going to try to steal something (traveler’s paranoia), but she kept her distance. Lauren, Teresa, and I ran down the beach and jumped into the water. I swam out for a bit in the attempt to get some exercise (gotta get rid of this Boston winter spare tire!) As I turned around to tread water facing the shore, a little head with a big smile popped out of the water next to me. The girl had followed us into the water: I think she just wanted some company. We made our way back to shore and checked out the fishermen at work (it was both disgusting and strangely fascinating to see the fishermen throw big handfuls of fish entrails back into the water, where they were promptly scooped up by enormous black birds hovering over the beach).

Soon we were surrounded by an entire team of little girls who were probably between four and eight years old. We ran back down into the waves, the girls running beside us, giggling and splashing. The next hour was spent playing tag, making sand castles, playing “motorboat, motorboat, go so slow” in the water, and throwing dirt. It was awesome. What I have discovered is that one thing that little girls worldwide seem to love, regardless of background, is playing makeover. As I sat in the shallow water, one of the girls carefully attempted to braid and/or twist my wet, filthy hair. Finished, she would then wade around to the front, sit down on my lap, appraise her work, and then lift my sunglasses up to look into my eyes and exclaim, “Que bonita!”

Eventually we had to leave the water and join our group for lunch. The older girl, whose name was Ismenia Elizabeth (spelling?), seemed sad to see us go. Wanting to give her something, I took out my little steno notebook and drew her a picture of the group of us. She accepted it with a big smile. I was sad to see her go, too! (In retrospect, I had a little too much fun, because I both cut my big toe while running and completely forgot to put on sunscreen, which did not bode well for my pasty New England complexion).

After lunch, we took the lancha back to the mainland and set off in our trucks back to our last evening together in Tegucigalpa. 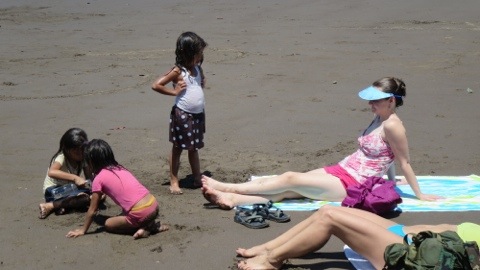 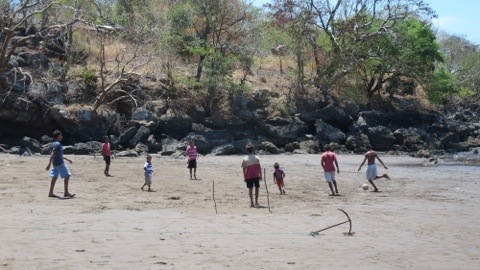 Update 3\16: Thanks to Heather for sending me some additional photos from the beach. Kindly disregard the horrifically pale skin and spare tire. I have neither the time nor the skills to PhotoShop on a tan :P. 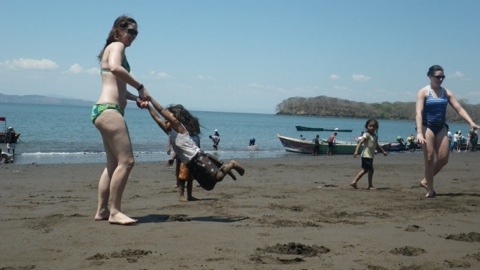