Saturday, April 5 was a special day in our house as it was the 30th birthday of our host “dad,” Domingo. We had prepared during the week by going out to purchase a gift (a new baseball cap) and order a cake with Linda. Early in the morning, Linda and Elena started the process of making chuchitos to eat for the party later on. 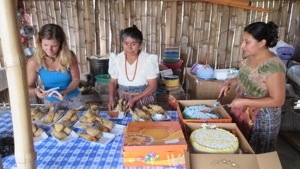 Nadine helping Elena and Linda in the kitchen 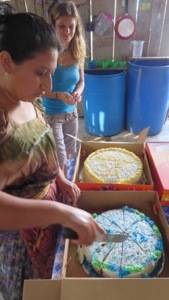 Around 3 pm, the guests began to arrive: lots of cousins, wives and their children. It was difficult to keep everyone straight. After singing happy birthday to Domingo, we sat down for a feast of chuchitos and birthday cake.

Domingo, his two uncles, and his father Juan 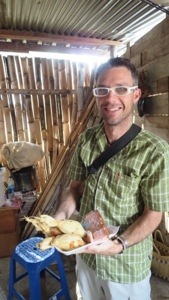 After dinner, Nadine and Miguel retreated to their room to begin the unpleasant task of packing their bags to leave San Pedro. I took my camera outside in the courtyard to take some photos of the flowers there and was joined by Josefa, Lorenzo, and Elena, who were all excited about the prospect of playing with a new toy.

I have written in a previous post about universal pastimes of children. Another one seems to be taking photos and videos with digital cameras. For the next hour, the kids became master photographers and actors. (Note: the kids took all of these photos, minus the video). 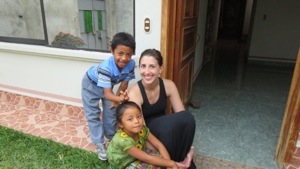 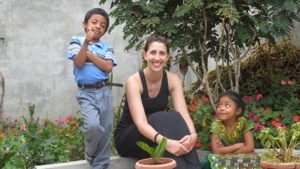 My favorite video of the afternoon, complete with Jesus rising from the dead 🙂 :