Posted on May 7, 2014 by toothontheloose

On my last day in Guatemala, I took a group trip to climb a nearby active volcano, Pacaya. Depending upon the recent activity at the peak, sometimes it’s even possible to roast marshmallows on top.

A shuttle picked me up at 6am across the street from my house. I lucked out and was the first passenger of the morning, so I quickly chose to sit in the front passenger seat. Leg space is at a premium in shuttles, and we had a full house.

There’s really not much to explain. We hiked up a volcano. It wasn’t a difficult hike, taking under one and a half hours, but it was definitely worth it. We had several wild dogs accompanying us on the way up and down, mostly because they understand that hikers bring food with them and that food is good. There were also a large number of local guides bringing “emergency” horses up the trails in case people weren’t able to make it the whole way, which I took as a bit of a diss to our hiking ability! (No one needed them). I also met two women from Innsbruck, Austria; we spoke most of the way up only in Spanish. I felt kind of proud to be able to have a long conversation in a mutual language that was not the primary language for any of us. (I know that this is not a big accomplishment – Europeans, for example, do this ALL THE TIME- but it was a nice reminder of how much I had actually learned in four weeks of classes). Niki and Petra made the hike a lot more fun, and I hope to be able to meet up with them in Austria later this summer.

We returned to Antigua, sweaty but happy, just after noon. It was a good way to spend my last full day in Central America. 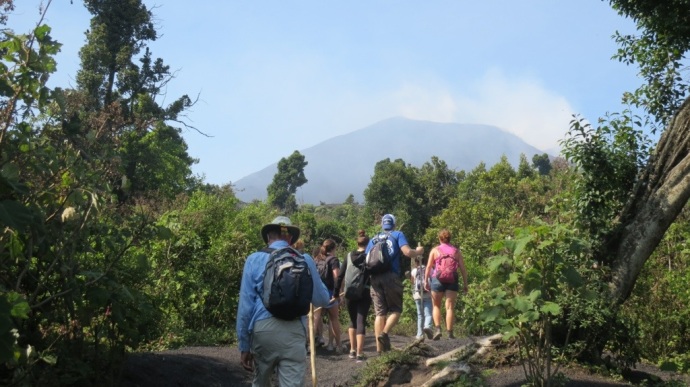 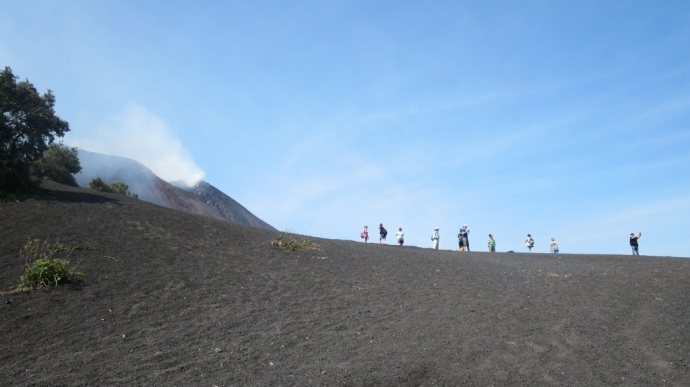 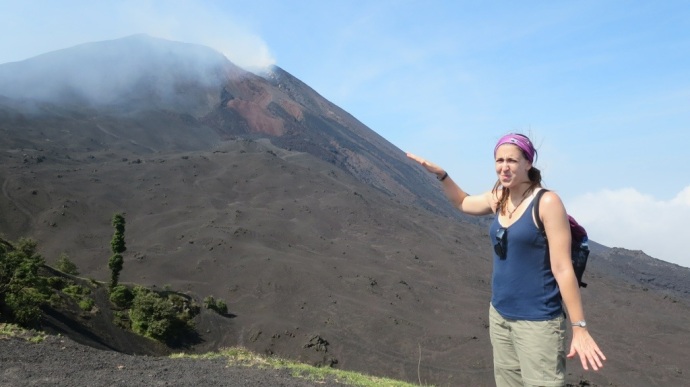 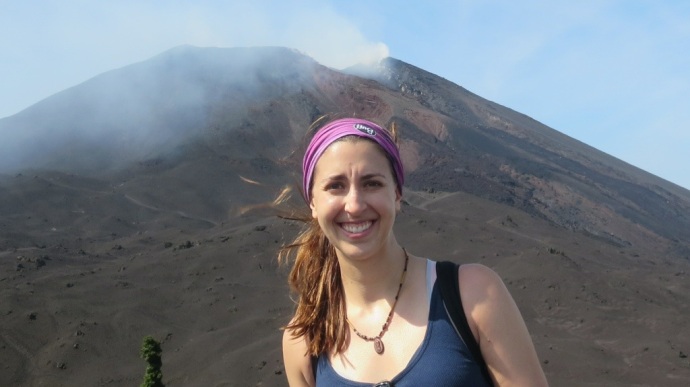 Standing in a lava tube, at an unfortunate angle which makes it appear like I have a large dog sprouting from my head. Thanks, photographer! 😦

Lots of doggies waiting for food after our descent