Posted on May 8, 2014 by toothontheloose

“I have just closed my eyes aga-ain,
Climbed aboard the Dreamliner pla-ane…”

With apologies to Gary Wright for totally bastardizing his lyrics*, this is what was going through my head as I boarded my connecting flight from Houston to London Heathrow last Wednesday. This was to be my first flight on one of United’s new fleet of Dreamliners.

And as a relatively frequent traveler, I was GEEKING OUT.

Not only was this flight completely inexpensive for me (I was able to book it with United air miles; meaning that I only paid taxes and then an upgrade fee to get extra legroom- totally worthwhile for a 9+ hour flight), but it was probably the most comfortable flight I’ve ever taken. This is the first time I have actually gotten my camera out on a plane to take photos… of the plane. 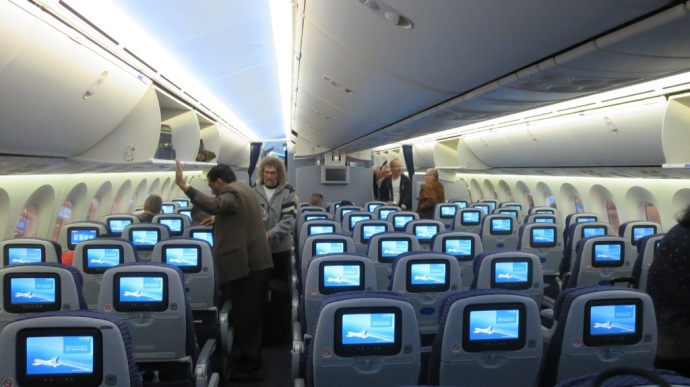 It’s a bit difficult to see it here, but there was very pleasant ambient lighting that changed during the flight instead of the on-or-off lighting of most airplanes. It is supposed to help diminish jet lag by helping your internal clock adapt to the time change. I kinda felt like I was on a spaceship. 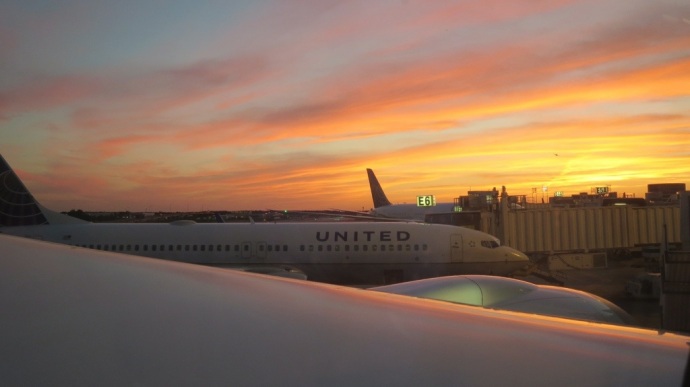 I swear that this is just a pretty sunset and that United is not compensating me for this (although, United, if that’s your sorta thing, ;), have your people call my people) 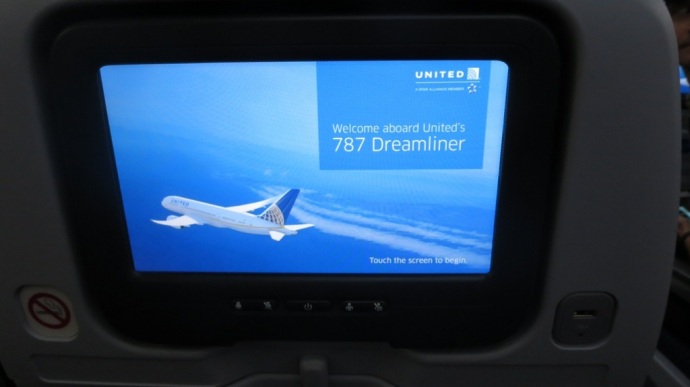 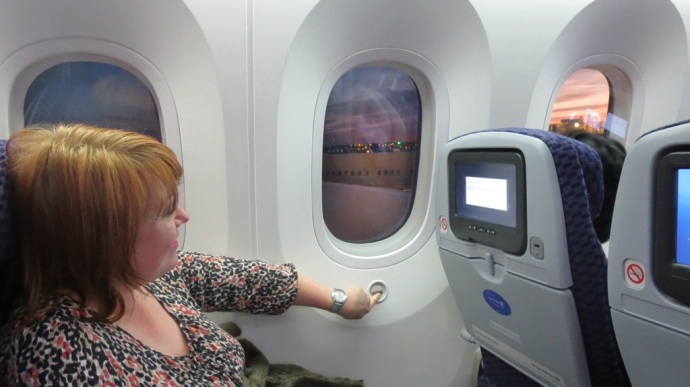 She is dimming her window!!!

I did a bit of research after I booked this flight (to be honest, I had never heard of a Dreamliner before the name showed up on the flight itinerary), so I knew about some of the features of the plane. What really made this flight amazing for me was the air quality. Even though I love to travel, I kind of hate the “being on a plane” part. Planes are cramped and uncomfortable, and the second you board, you get that disgusting trifecta of eardrum popping, engine whine, and stale air funk that accompanies a pressurized cabin. This plane touts its HEPA air filters and pressurization system that is supposed to better mimic normal air pressure on the ground… and maybe this was all psychological, but I actually felt a difference. I didn’t land at Heathrow with that typical “I just had three years of my life sucked away by a nine-hour flight” feeling. I felt good. I was also very pleased that I was able to squeeze in Austenland, American Hustle, dinner, and a 5-hour overnight sleep. Woo-hoo!

So is someone paying me to say these awesome things about the Dreamliner? No. Would I fly with a Dreamliner again? Absolutely.