The Best of Baldock

Notwithstanding the debit-card-and-rain-jacket saga, the rest of my time in the UK was quite pleasant. I took the Underground from the airport to King’s Cross, where I saw Platform 9 3/4 (a shout-out to all you Harry Potter fans. I did not, however, shell out for the souvenir photo wearing a Gryffindor scarf) and boarded a train to Baldock.

Baldock is a sleepy, quintessentially British town. My friend Allison and her husband Aengus and daughter Katherine recently finished renovating what was once a derelict building right in the center (or centre 😉 ) of town into a beautiful new home. It was a very cozy place to stay. 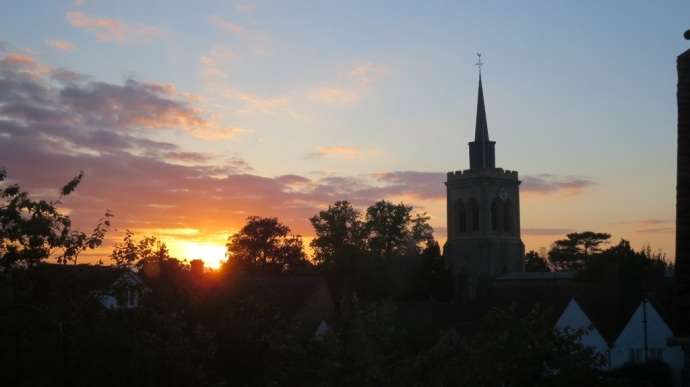 View from the house

Allison was in the very late stages of pregnancy with twin boys, and I could tell that she was in an extreme amount of discomfort. I am very proud of how well she managed. I could just imagine what I would be like in that same situation, but it would involve a heck of a lot more complaining. And I would probably cry a lot too. But Allison was a trooper.

There were some fun festivities during my stay there. Baldock was having its annual beer festival, so I went there with Aengus, his mother, and Katherine, since they had activities like face painting and a steam engine for children. We also celebrated Katherine’s 3rd birthday. It’s always fun to watch a child open presents, but Katherine was even better because she was so polite. I have never heard a child openly say after reading their card (get that? She is actually interested in the cards!), “Oh! We’ll have to thank Grandma for that!” She is three. I also love the fact that my American best friend’s daughter has a little British accent. It’s so adorable.

On a dental note, Katherine was so excited when she got a dishwashing set because she thought that the scrub brush was a large toothbrush and she loves to brush her teeth. (Good work, Allison!) 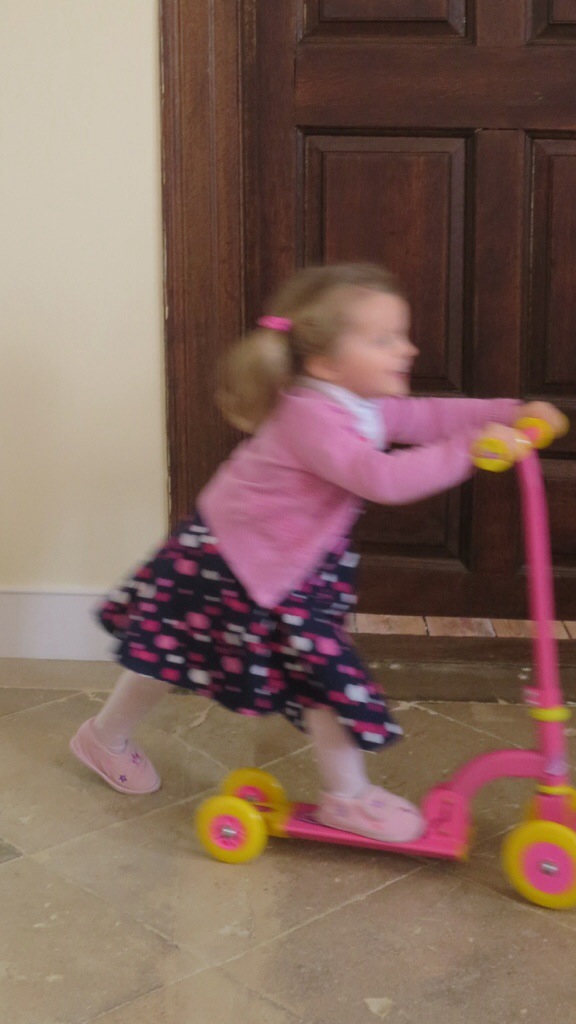 On Monday, I took a long walk to Letchworth, the neighboring town, which most people might not find especially noteworthy. However, to a British humor fan like me, it was a treat because the movie The World’s End, the final movie in Simon Pegg’s zombie-laden Cornetto Trilogy, was filmed here. And in true film geek form, I took photos of all the places that had been converted into pubs for the film’s famed pub crawl.

The walk to Letchworth 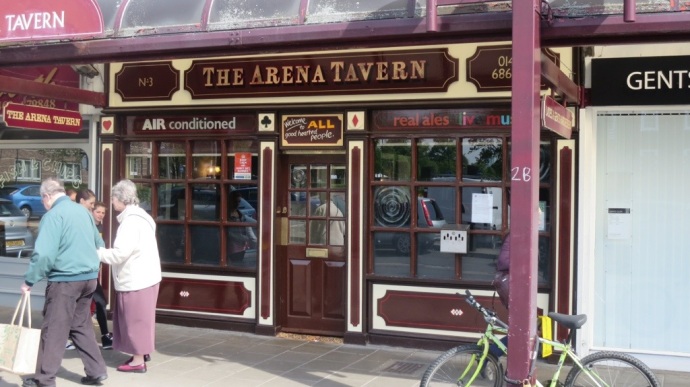 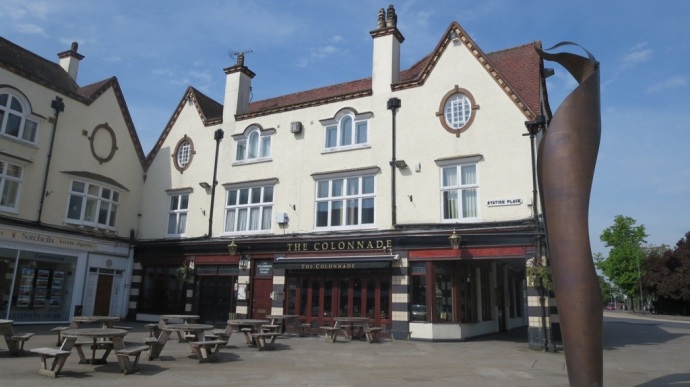 There are more… but I think two photos give sufficient representation, no?

Paying tribute to the best zombie trilogy evah (and then throwing out the cone post-ice cream because it’s lined with chocolate! Noooo!)

On my last day in the UK, after a frantic shopping trip to Piccadilly Circus to find a rain jacket (success! I am now the proud owner of a new – high quality and on mega-sale- Berghaus rain jacket!), I decided to treat myself and calm down a bit. I bought a ticket to see The Drowned Man, the latest “interactive theater” show by Punchdrunk, the London company behind Sleep No More. I saw SNM four times in the States – it’s that good- and have developed a near obsession with it, so I was grinning like an idiot when I stepped inside Temple Studios near Paddington Station to see the show. And it didn’t disappoint. 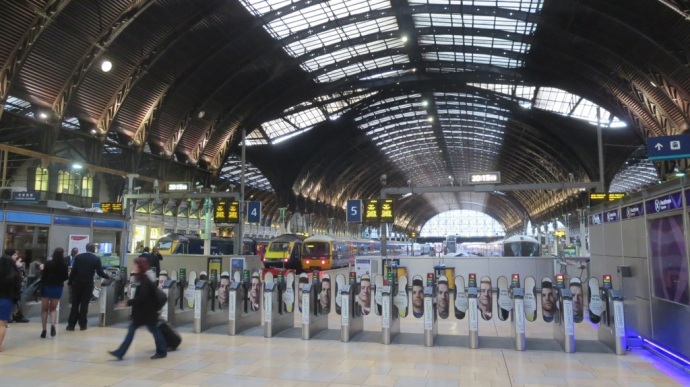 Outside of St. Pancras International

I am so grateful to Allison, Aengus, Katherine, and Aileen for their incredible hospitality during my week in England. I don’t know what I would have done without them during my bank card crisis. And I’m happy to say that Allison safely delivered two healthy baby boys, Aidan Michael and James Xavier, on Wednesday. Congratulations to all of the Barrys: I love you! 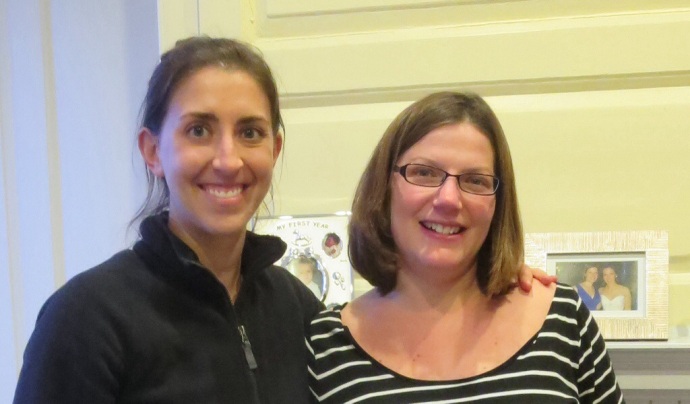