We were awakened this morning at 6am by the sound of soft Gregorian chanting. That may sound cheesy, but you have no idea how much nicer it is to wake up to something soothing like that than to the jarring military-like approach of “lights on!” at six in the morning.

After a quick coffee and croissant, I was off. The morning was mostly sunny and cold, but in the distance dark clouds were visible. As I looked out over the valley ahead, I could see the wall of rain approaching. It started full force, and soon my pants were completely saturated. I was grateful for the wind, because it helped to dry the pants out! I looked to the right while passing through an industrial area and noticed an Italian man taking shelter in one of the pipes. He grinned and waved me on. A ray of hope was a building on a distant hill that shone white in the sun. Hooray! The rain wouldn’t last long.

The sun came out shortly before I arrived in Nájera. I bought a coffee and some snacks (including dinosaur cookies! I haven’t seen those in 20 years!) and continued on through the town, which had a picturesque bridge over a river with imposing red cliffs on the opposite side. I decided to visit the cathedral of Santa Maria la Real. The legend goes that a Spanish king was out hunting with his falcon, which chased a partridge into a cave. Inside the cave, the king saw a vision of the Virgin. He later had a monastery built on the site as an offering to her; this later became a Benedictine monastery. I checked out the cloisters and crypt with Daniela, another Italian pilgrim. It was incredible, and I’m glad I took time out of the day to make the visit.

The afternoon was windy and sunny heading out of Najera. I noted the presence of “To Santiago” kilometer markings, erected by the local La Rioja government. Kris and Jasmine like these, but I found them almost discouraging. It’s much better for me to walk ignorant of my distance than to continue on and on and then say, “Are you kidding me??? That was only 4 kilometers?”

My daily trek ended in the town of Azofra, which had a municipal hostel consisting of cubicle-like rooms with two beds apiece: what a luxury! Not so luxurious: tepid shower water and lack of heat. Mid-afternoon, I was shivering so much in my room that I started to think, “I’m freezing my Az-of, ra-mind me why I decided to stay here?” There was also the blanket incident. I reached up into my cubicle’s upper shelf to grab a heavy wool blanket that was stored up there. Along with it came down a pair of women’s dirty underwear. Ewwww. Upon cursory inspection of the blanket, I found what would best be described as a crust of something. Ew ew ew. I flung the blanket back up. Not impressed with this place.

The town, like several others we have passed through, seemed only to survive because the Camino runs through it. Half of the buildings looked closed or for sale, and most of the businesses we saw were either bar-restaurants or grocery stores catering to pilgrims. I suppose many of the people who live there are out working the fields or vineyards during the day, but the place felt deserted.

Unenthused by the prospect of another meat-and-bread-based pilgrim menu, my new Australian friend Vanessa and I decided to make use of the ample hostel kitchen and cook our dinner. We stopped to buy groceries from a small market with the nicest and most practical owner imaginable. Vanessa and I were cooking for 3, maybe four people. We did not need an entire bottle of oil, a whole package of rice, or a 12-pack of chicken bouillon, nor did we have the desire to carry the leftovers in our pack. The friendly shopkeeper let us open packages and buy only the amount that we needed. So smart!

The result of two hours of painstaking stirring was an awesome vegetable and chickpea risotto with herbs that Vanessa had found along the path that day. (This sounded gross at first until I realized that they were probably both fresher and cleaner than anything I could get at a supermarket). Along with her husband John, we ate heartily, and less expensively than at any restaurant.

The evening ended with a massacre at The Twins. I can’t say that it was Red Wedding caliber, but Big Mama met her final demise, both of the offending parties on my heels were impaled, and any remaining blisters were cut down. Lynn did a magnificent job of dressing the wounded. I would have to inspect the carnage the next morning.

(Can you tell how much I am missing Game of Thrones?) 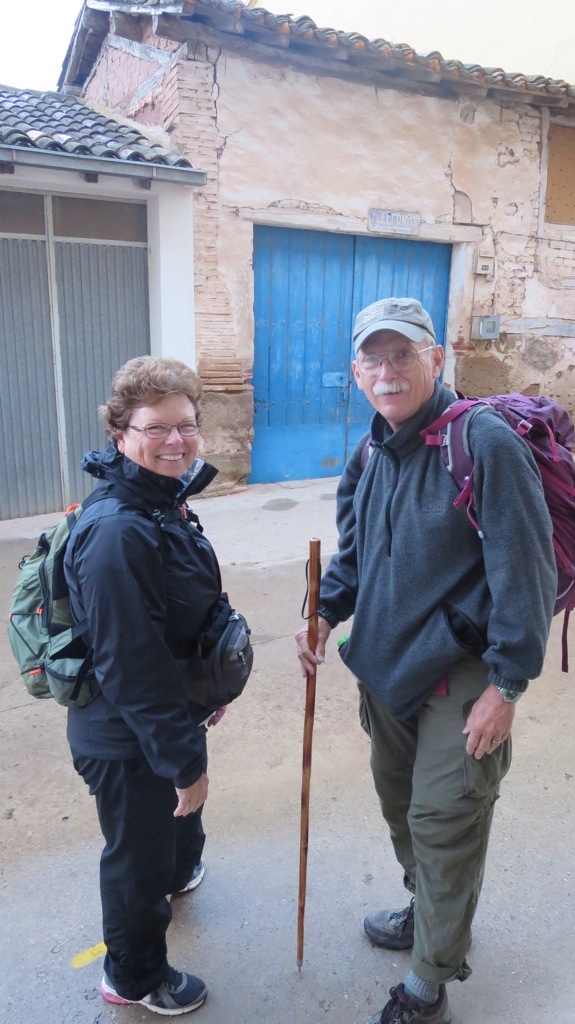 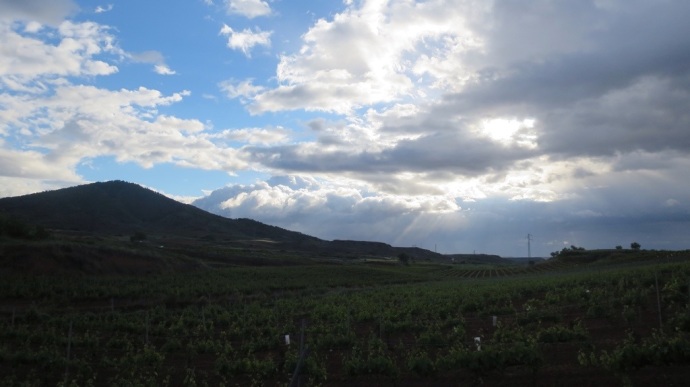 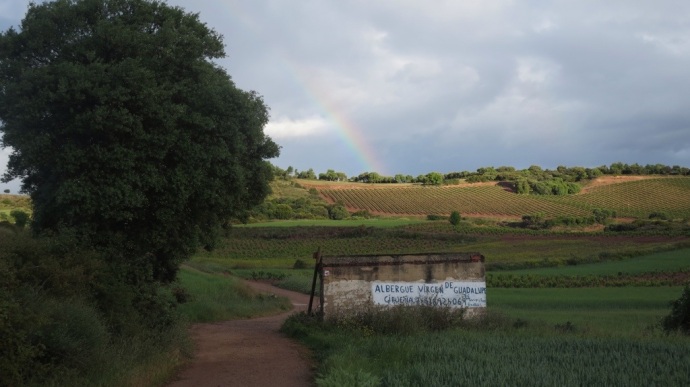 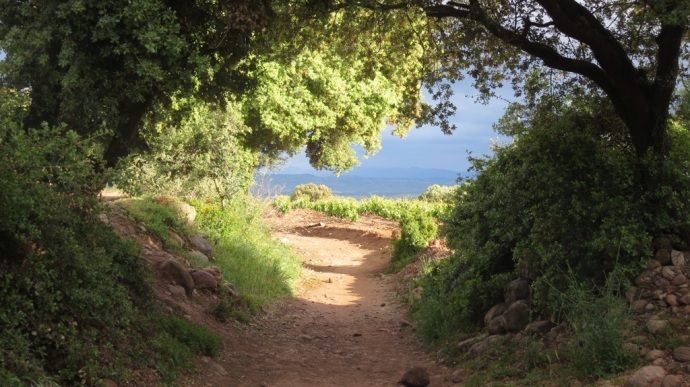 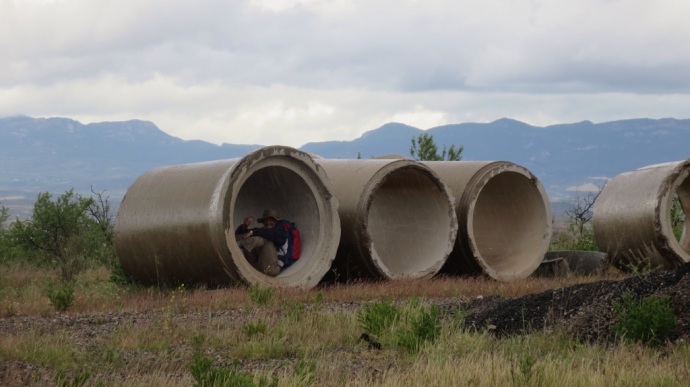 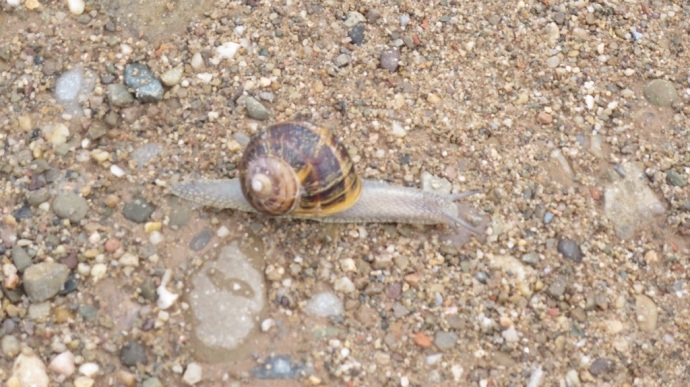 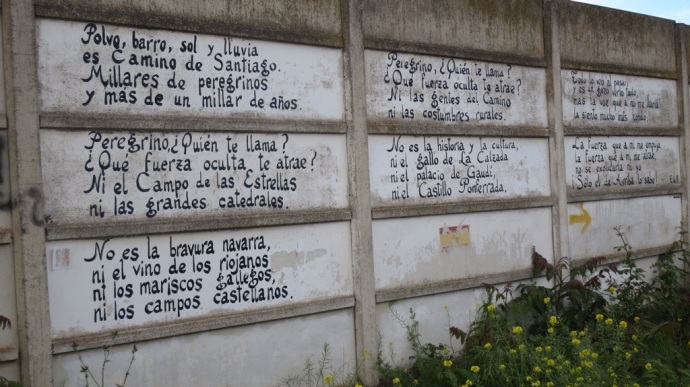 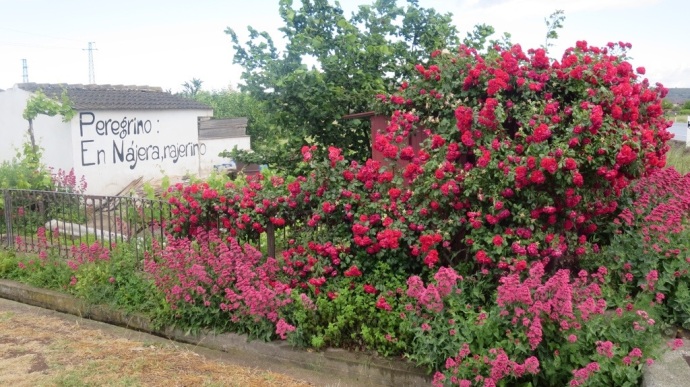 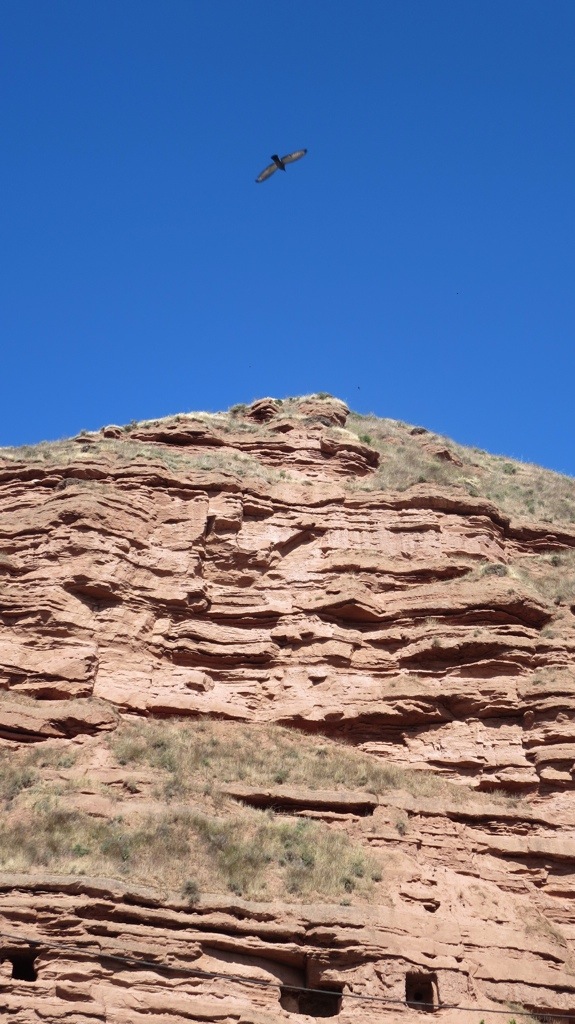 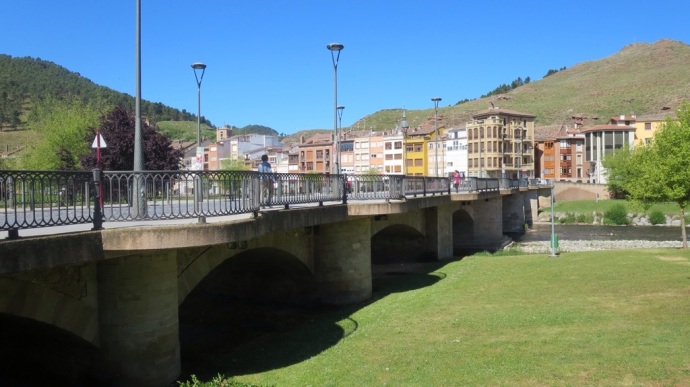 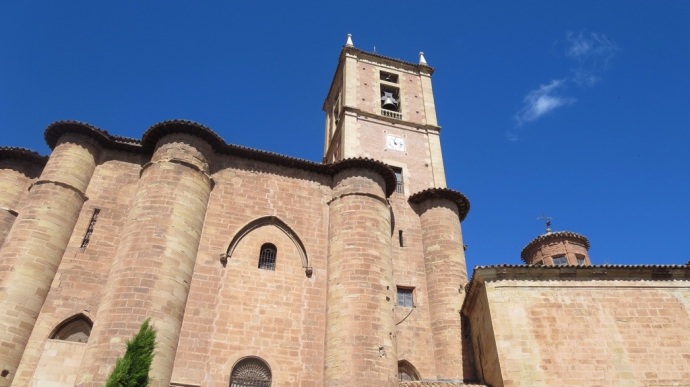 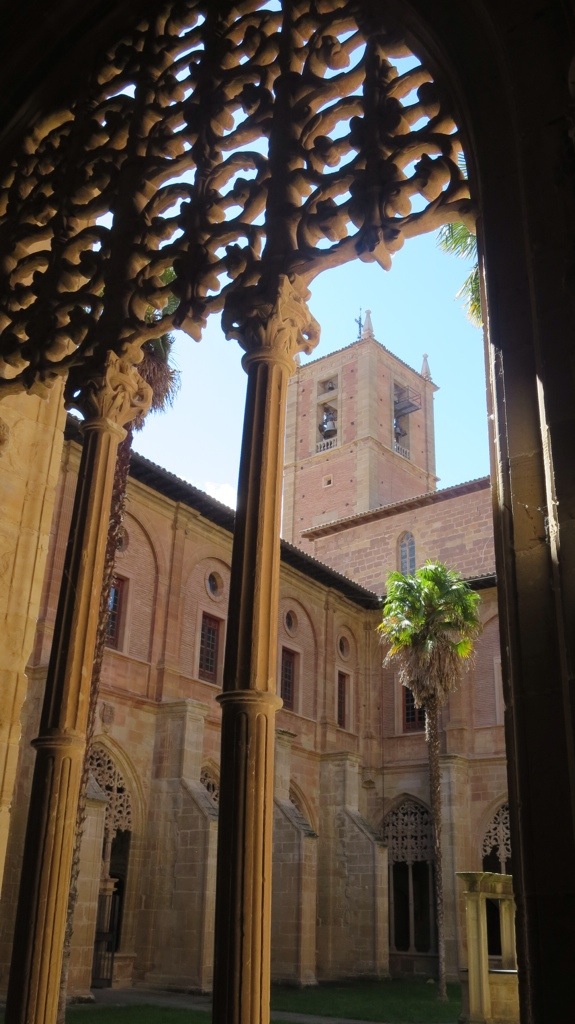 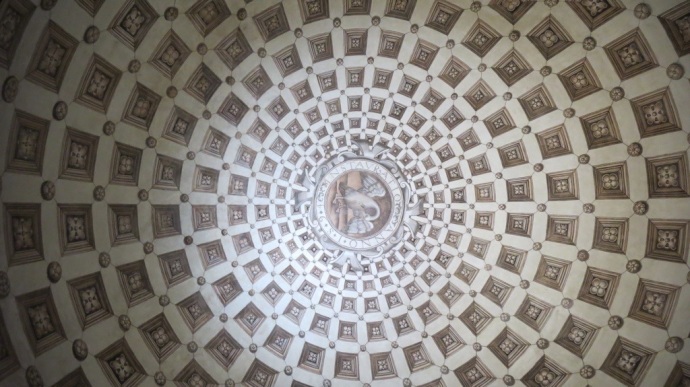 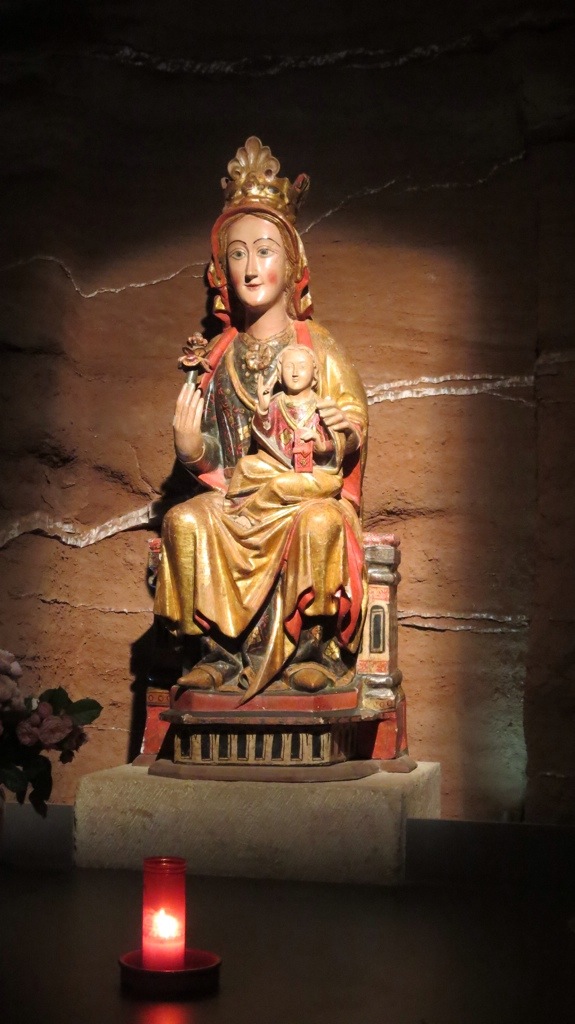 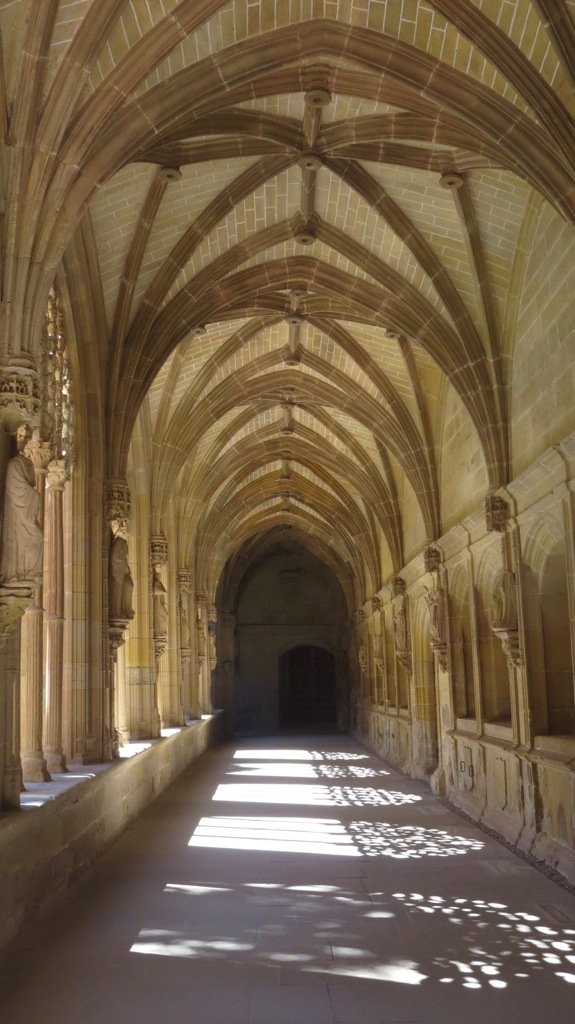 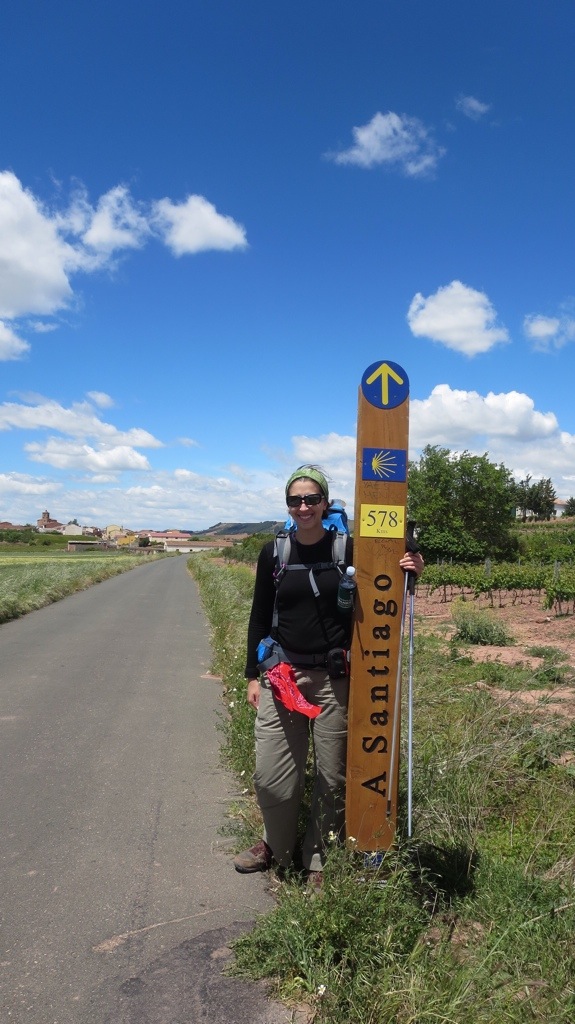 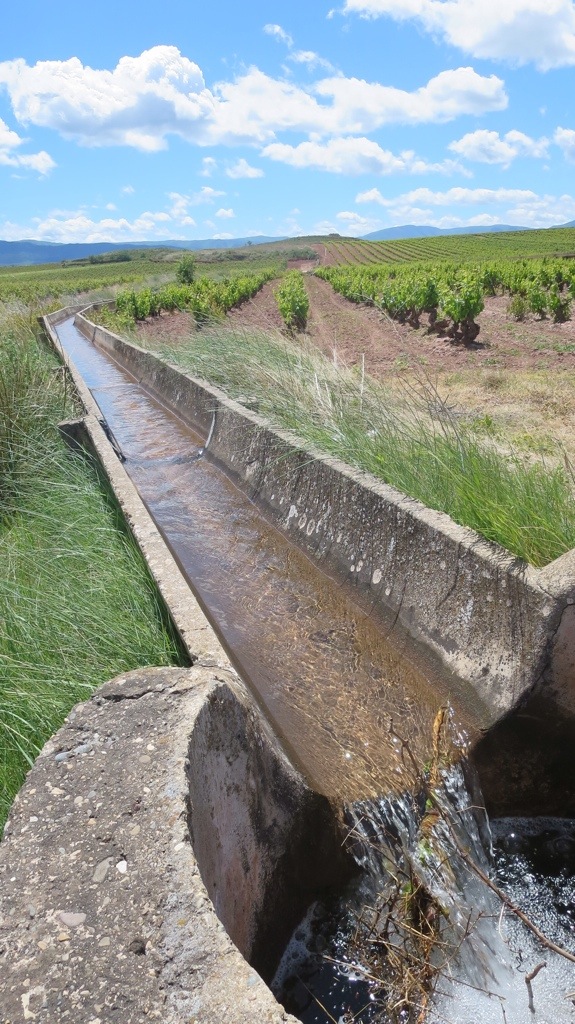 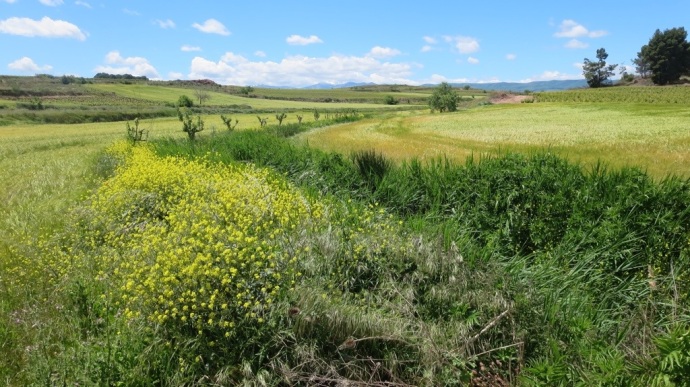 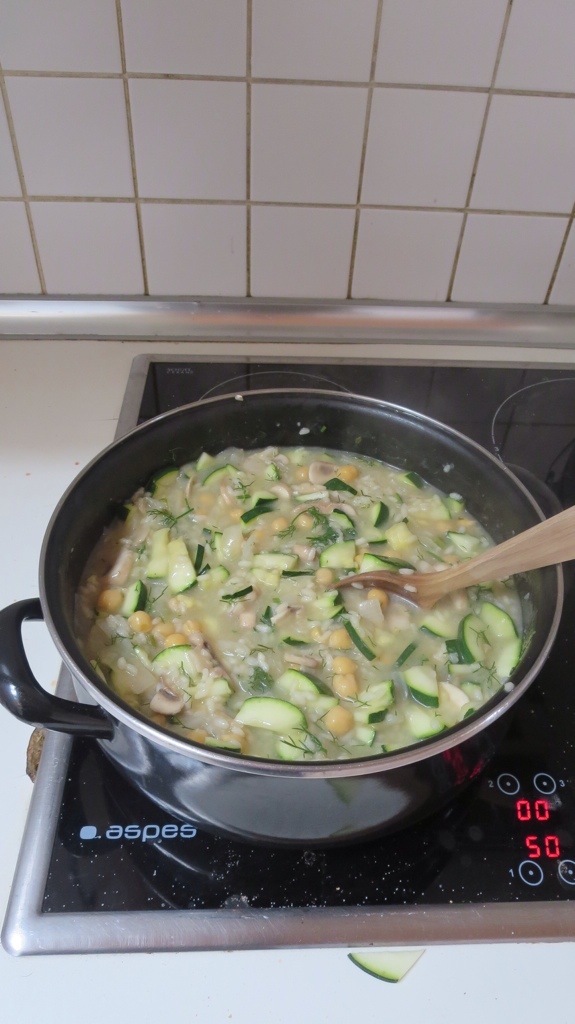 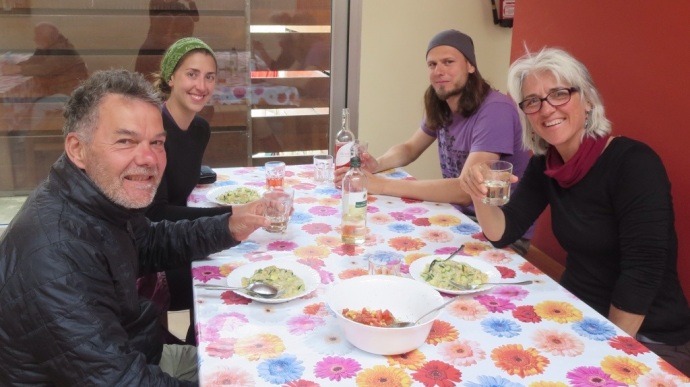