Posted on June 1, 2014 by toothontheloose

Distance walked: 8.9 miles
Song of the day: none

Even though I woke up at what would normally be “sleeping in” time, because we had stayed out so late, I was definitely affected by the lack of sleep. I took forever to get ready in the morning: slow shower, slow bag-packing, slow checkout. My head felt like it was full of mud instead of brains. I wasn’t hung over, just incredibly foggy. I just couldn’t get my act together.

I dragged myself outside, where the weather was rainy and really cold. Breakfast at cafe. ATM withdrawal. A stop at El Corte Ingles to get on-the-road groceries, only to find that this branch had no supermarket. Purchase of sunscreen instead. Blaaah blaaah blaaaah.

My hip had already started to act up again. I was almost out of ibuprofen, but I couldn’t bear the thought of going into another store. I was leaving town so late in the morning. I didn’t know what town to walk to today. I didn’t want to walk up the multitude of steps to reach the Camino in town, so I just walked in the general direction of where I was supposed to go, which made me paranoid that I was not going the right way. Blaaah blaaah blaah.

I made it onto the Camino and followed it out of town. I was so happy to be leaving Burgos for some reason. The temperature would warm up enough where I would sweat, but as soon as I would take my fleece off, gusts of cold wind would pick up. The sun would peek out, and I would take off my rain gear only to feel raindrops minutes later. Blaaaah blaah blaaah.

At one point, the Camino abutted a rail line, and every so often, a Renfe train would whiz by. Ooh, I thought. A train. I used to go on those before I got the bright idea to start walking across Spain.

I decided to stop in Rabé (or as I like to call it, Broccoli Town) because my hip was bothering me enough to convince me not to continue. I checked into a private hostel there , where I unpacked and found that I no longer had my silk sleep sack. Great. The hostels have been chilly lately in the cold weather at night (Spain! Listen to me! It is almost JUNE! Warm up!), so I was not happy. I showered and took a nap, hoping that the rest would do me good.

I awoke to Colin’s voice in the hallway: he had checked in, but the others had decided to stay in the previous town. I got up, took some more ibuprofen for my hip, and then looked for my headphones; I use their microphone when I make Skype phone calls because otherwise the sound doesn’t come across well on my iPad. They weren’t in my bag. I ransacked my belongings. Nothing.

Yeah… and then I kind of lost it.

I tend to feel sympathetic for any dude that has to deal with a hysterically sobbing female, because he always has this uncomfortable look on his face like, “Oh crap. She’s crying. What am I supposed to say now?” Poor Colin did the best that he could, offering some advice and getting me cup of tea at the nearby bar, which was really the only other thing open in the small town. We got some dinner and were treated like gold by the owner, who gave us each a little Virgin Mary medallion on a string and to me, the biggest tortilla sandwich I had ever seen. I was also considerably cheered by the fact that I was able to access Game of Thrones again. (Couldn’t watch because the bar was too loud; coming soon to a rest day near you!) I was just going to have to play it by ear with my hip, but this string of crummy days was not at all helping my Camino morale. 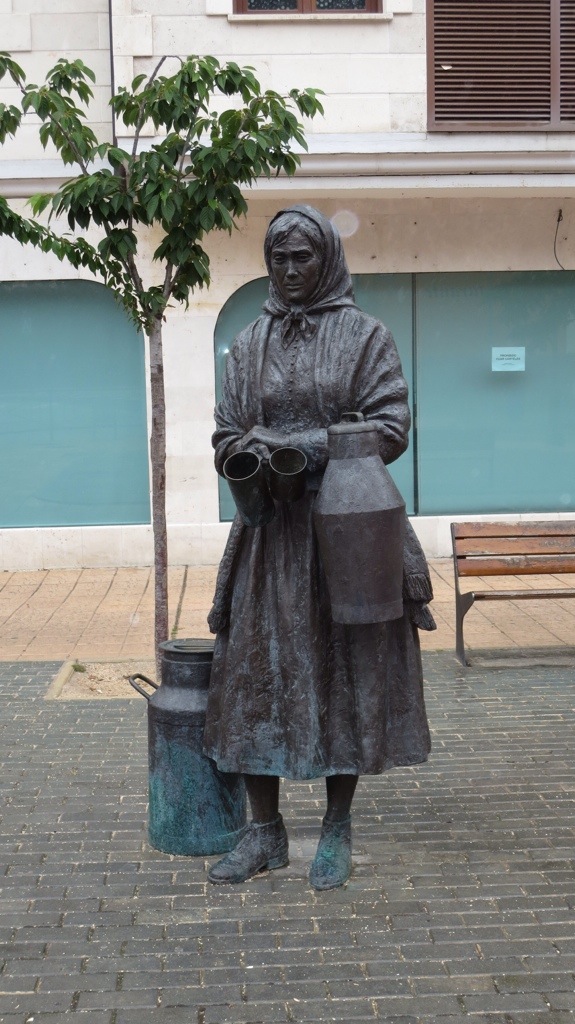 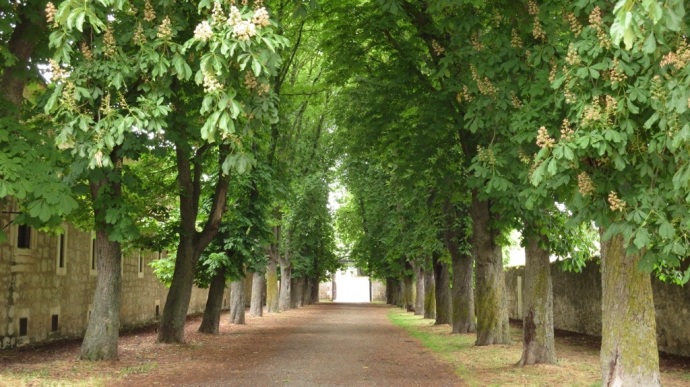 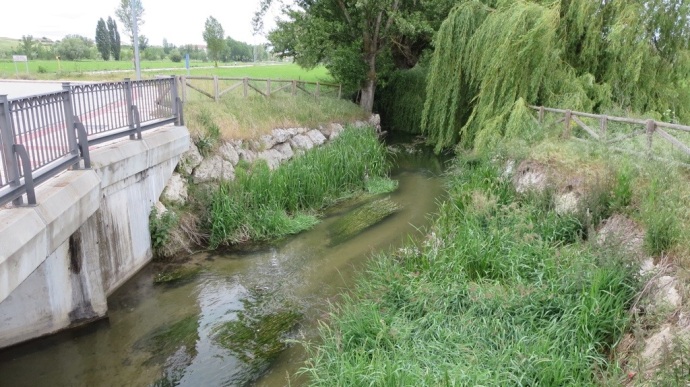 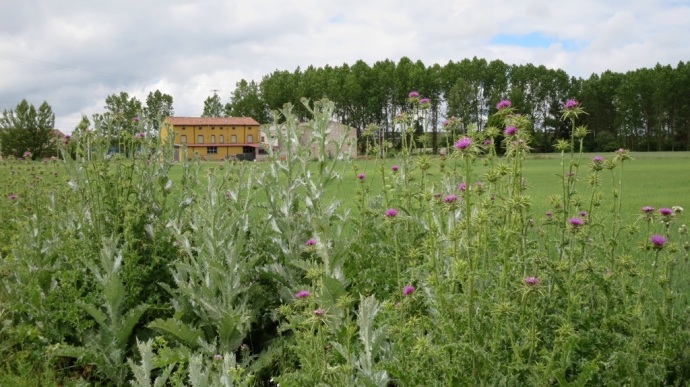 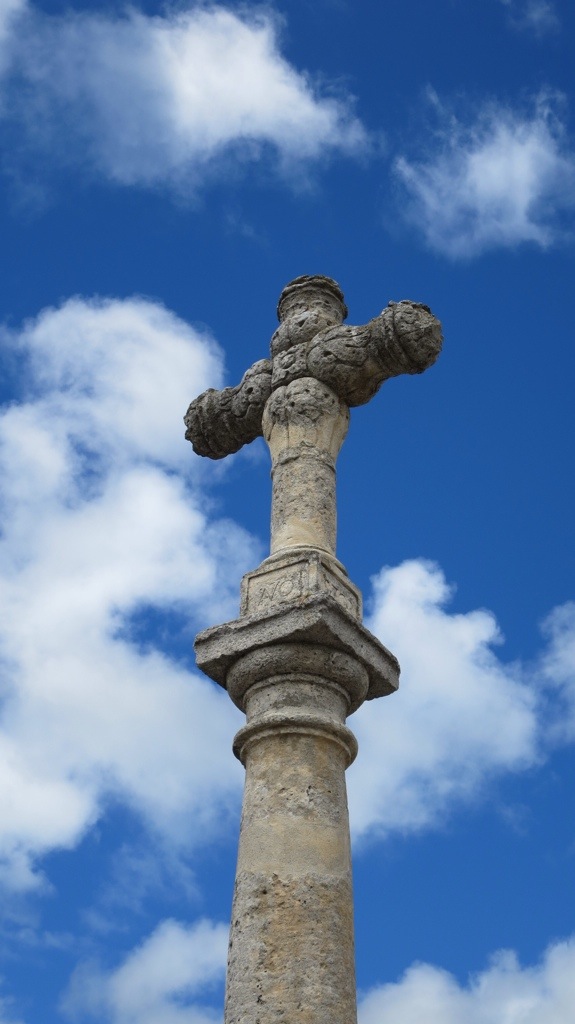 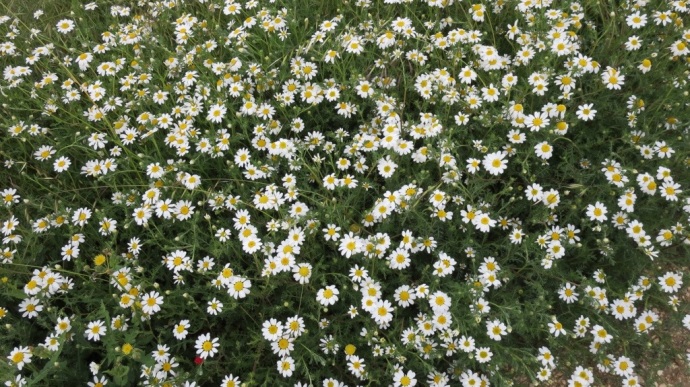 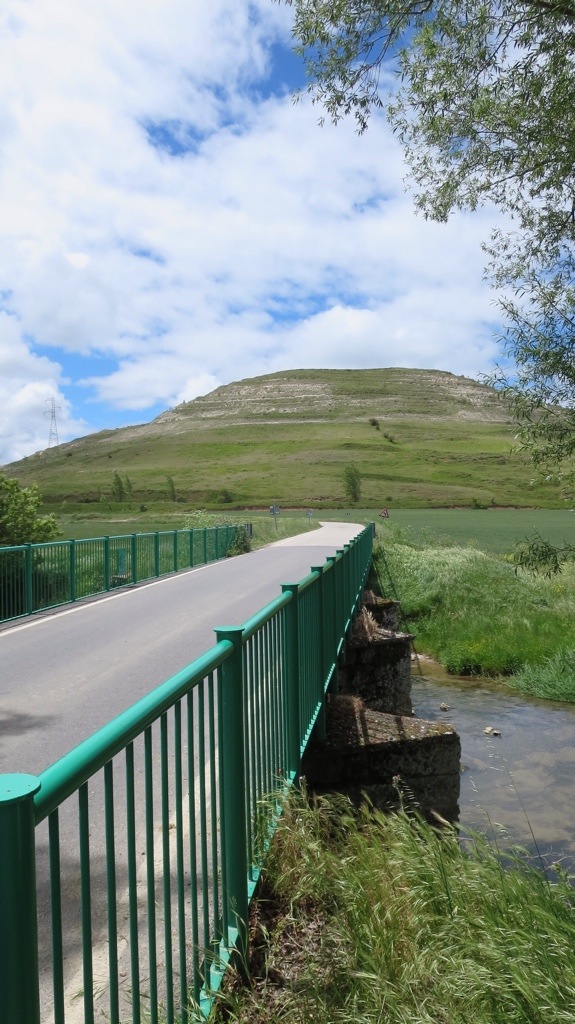 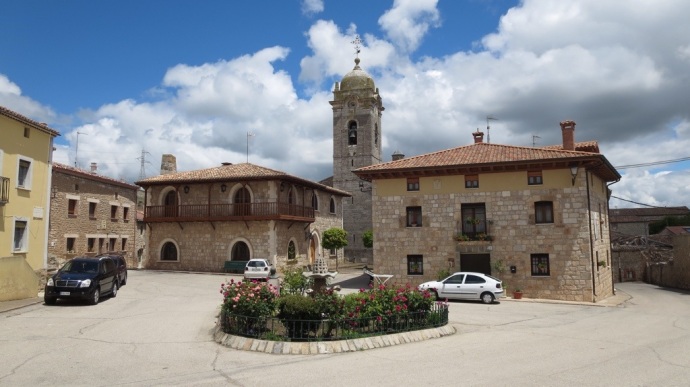 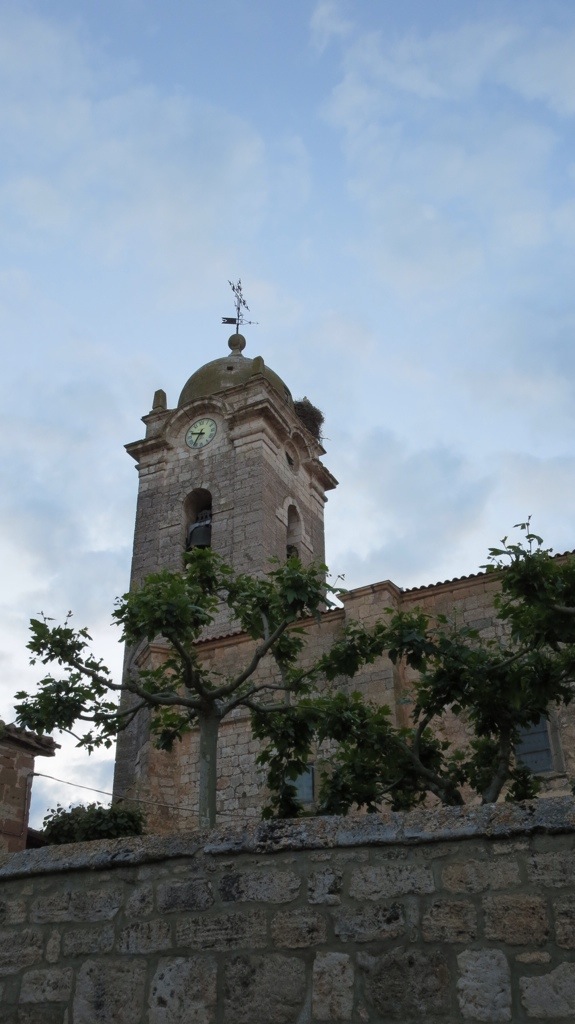