After over a week and a half of rest, two painful but productive massage therapy appointments, and a lot of tapas, I felt like I was finally ready to leave Leon and continue walking. The physical therapist cautioned me to go slowly, avoid carrying a lot of weight, and be sure to stretch thoroughly and ice my hip at the end of every day.

Which brings me to the second event: a bachelor party starting in the lobby bar of Hostal Don Suero, where I had been staying for the last 1.5 weeks. I had been watching the soccer (er, football) game in a bar around the corner with fellow pilgrim John from Ireland and returned to Don Suero to find the normally mellow lobby bar swarming with 20-something-year-old men. It was a celebration of the upcoming wedding of David, a young guy from Burgos, who was marking the occasion by drinking heavily and wearing a yellow M&M costume. (I had walked past the bar earlier when Spain scored its single goal; the men rejoiced by stripping off the groom-to-be’s costume and twisting his nipples while he bellowed triumphantly). Some of the men came up to me and started what was supposed to have been a flirtacious conversation, if I had understood anything they were saying in English.
“My tayyylor ees veerrrry reets,” he winked at me.
“Your …tailor is rich?”
“Hahaha. No. My taaaylor ees reeeets.“[here he made a thumb and forefinger rubbing movement indicating money]
“Lo siento, no te entiendo. Your tailor; he is rich?”
“No!” – he laughed, then changed the subject. “Mmmmm, M&M! Mmmmm in your mouth, but no,” pointing to his friend. (What I think he was trying to say was “M&Ms melt in your mouth but not in your hand,” but it was a lost cause at this point). The inebriated M&M groom then spent the next five minutes arguing to me in Spanish about the architectural superiority of the Gothic cathedral in Burgos over that of Leon. Hilarious. 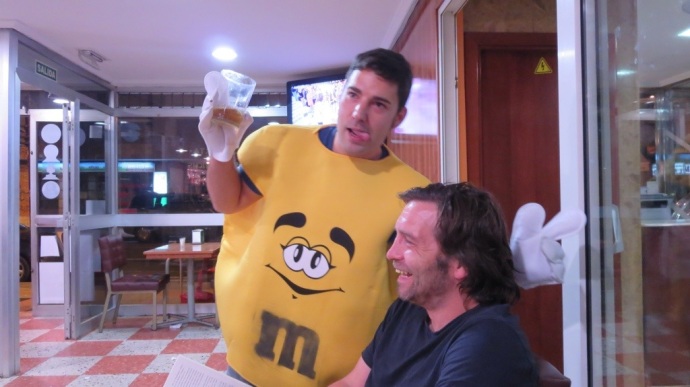 Mr. M&M called John “MacColaCao” because he was drinking cocoa at the bar (except he’s Irish, not Scottish) 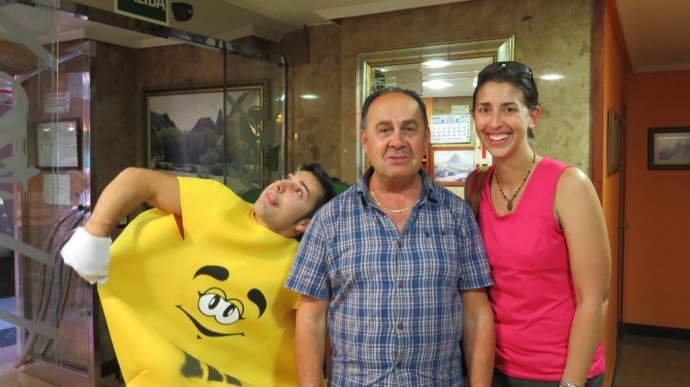 Mr. M&M along with Jamie, the desk manager, and I 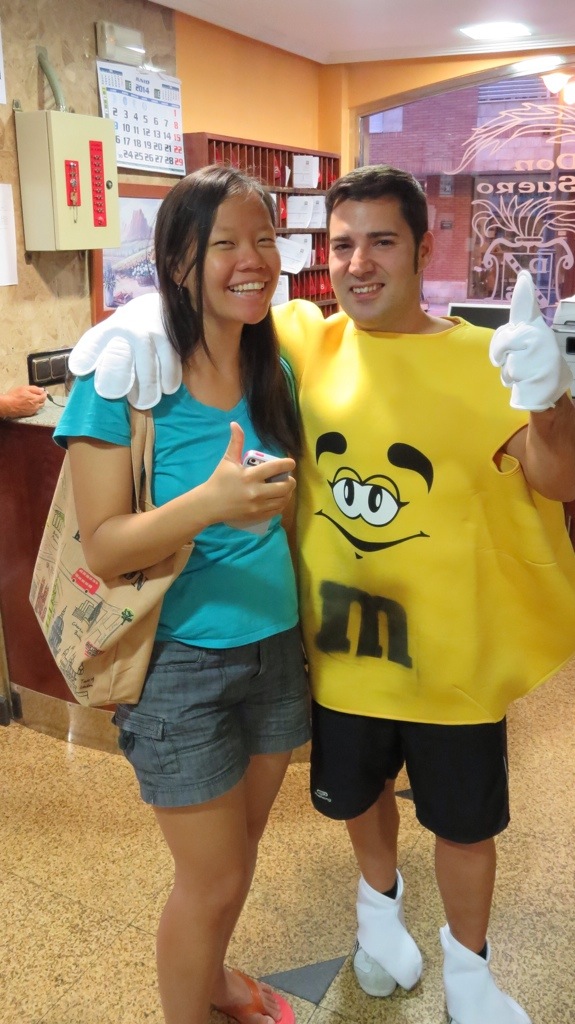 Leon had been a fantastic place to recuperate. Enough though I was thrilled to feel well enough to continue, I couldn’t help but start to miss it a bit as I was leaving. 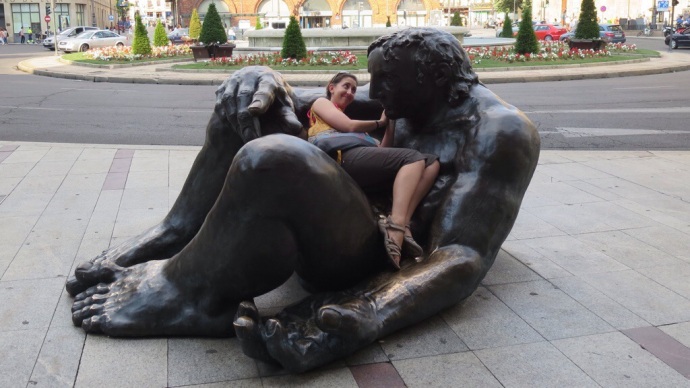 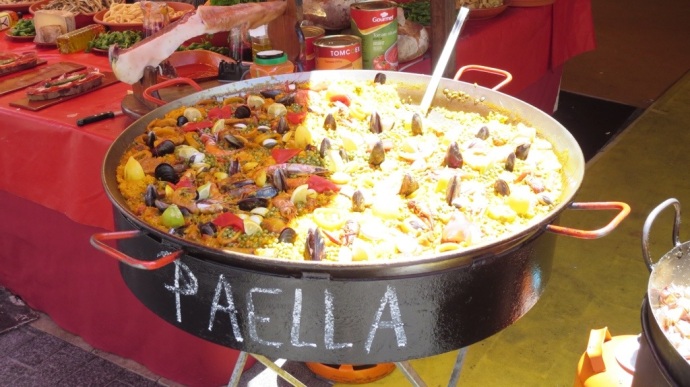 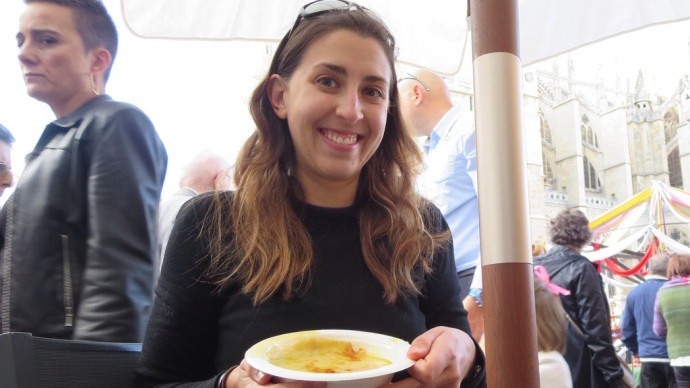 I was absolutely giddy, though, on the train ride between Leon and Monforte and then the shorter ride from Monforte to Sarria, from which I would be walking the next morning. The scenery out the window was magnificent, and I could see within a short time that the landscape was changing from the flat monotony of the Meseta to lush and hilly Galicia. I am a happy camper when I can look out the window of any moving vehicle while listening to my music. Sometimes I find that the lyrics of my music coincide with what I’m seeing. My iPod shuffled to “Man of Constant Sorrow,” and I smiled when I heard the line

For I’m bound to ride that northern railroad

Ah, I thought. How nice. *I’m* on a northern railroad right now! Then the following line:

Perhaps I’ll die upon this train.

Obviously, I am writing this post now, so all went well. Upon my arrival in Sarria, I checked into my hostel and ran into Stephanie, whom I had met the night before in Leon. Poor Stephanie would be starting her Camino the next day from Sarria but had heard nothing but horror stories of tendinitis, blisters, and health problems. She asked me for advice. “Just do your own thing, take your time, and you will be fine,” I answered.

I ended the night with a dinner of caldo gallego, or Galician soup, which was more than enough to satisfy my stomach. After my long hiatus, I couldn’t wait to get back on the road again tomorrow.