After our first evening out in Pamplona, I returned to my hostel not long before the curfew. Most of the pilgrims were already in bed, so I quietly checked my email in the common area, where I was soon accompanied by Marcello. He proceeded to have a loud Italian (most one-sided) conversation with me which echoed throughout the rows of bunk beds. I think we were discussing compression socks, but with him, I can never be certain. I think back on this fondly because I may not see him again now that I have stayed back a day.

My first night in Pamplona was not a comfortable one. Fed up with the added bulk and weight of my sleeping bag in my backpack, I had decided that I would send the bag back to the States during my “rest day” in Pamplona and so used last night as a trial run of sleeping only with my silk sleep sack. Bad idea. It was cold, and leggings, a tshirt, and a silk cover was not warm enough. (I later learned that blankets had been available for rent). The mattress was covered in plastic and dipped severely in the middle. Even worse, I woke up constantly to the throbbing of my own calf muscles. In my rush to get settled before the final “lights out,” I had forgotten to take my ibuprofen, and boy did I pay for it. I must have slept at some point because I remember dreaming, but whatever sleep it was remained fitful at best.

Suzi, Diana, and Miho had already moved on to the next town. The rest of us had decided to stay another day. Lukas and I had stayed at the same hostel; Danica and Colin (my “fiancé”) met up with us around 8am, which was past check-out time at all of our hostels. We needed to find somewhere to sit. That early, not too much was open. We were able to find a bar where we could fuel with the necessary coffee and egg sandwiches, charge my iPad and look for a place to sleep that night. I booked an apartment online that ended up being only 20 Euro apiece when split between the four of us. It was not far from the Camino route that we would take to leave the city, it had a private bathroom and – even better- no bunk beds! We were able to check in early and spent the first few hours in blissful sleep.

I wish I could tell you that I took advantage of this day to see all the sights of Pamplona, but I can’t. I was so damn tired. Most of the day was comprised of sleeping or errands: laundromat, post office (be gone, sleeping bag, bane of my existence!), pharmacy for blister bandages, supermarket. We did have a really nice picnic lunch in the park near our apartment because the weather was perfect. But I made good use of having a quiet and comfortable place to sleep!

Later on, we caught the (wrong) bus into the city center. Thursday nights in Pamplona are really the start to the weekend, with most bars and cafes offering special deals on tapas and drinks. The streets were packed with locals of all ages strolling, drinking beer and wine, and socializing. I love this about Spain. We enjoyed a really good platter of shaved Serrano ham and cheeses with bread. By 10:45, the night was still young for most of Pamplona, but some of us needed to get to bed. Danica, who had only planned to walk a portion of the Camino, had an early morning train, and I wanted to get up at a decent hour to start walking. We got a bit of flack from the guys, who stayed out much later (can’t say how much, since I was dead to the world as soon as my head hit the pillow and didn’t hear them return). But it felt good to be able to take some time out to recover and to give one of the cities on the Camino the attention it deserves. 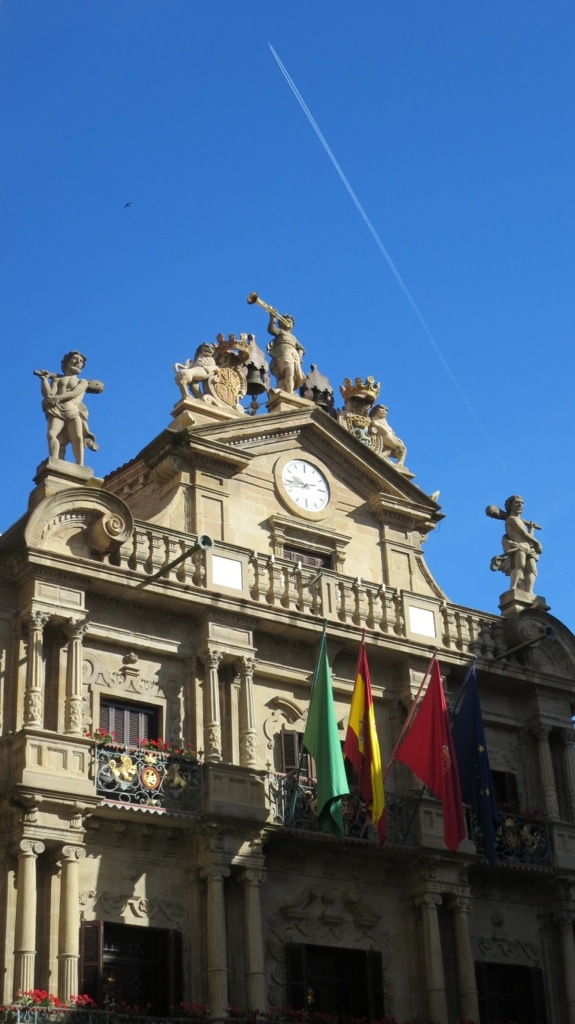 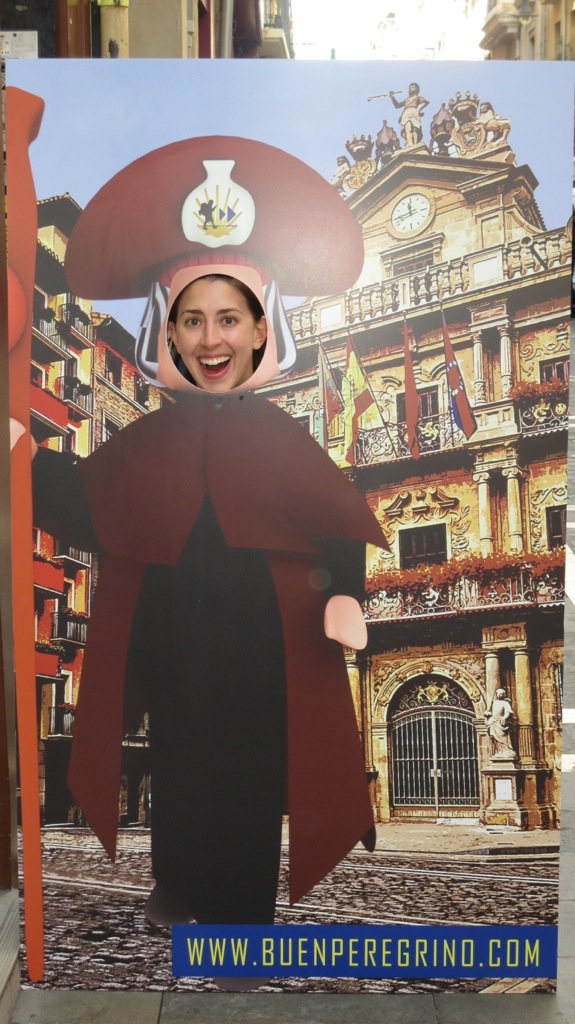