Distance walked: 6.7 miles
Song of the Day: “The Mummer’s Dance” by Loreena McKennit, which was playing overhead along with her other songs at one of my morning rest stops. (This is for you, Mom and Matt).

My bed at Casa Morgade was so comfortable, and my roommates left so quietly in the morning that I had a delicious sleep in -at least according to pilgrim time- finally leaving the albergue at 8am. The morning breakfast rush was already starting outside, so I devoured a big piece of cake for breakfast and set off.

I realized as I walked that I notice so much more when I go slowly. Maybe this is the silver lining to my hip injury. It seemed like I had more time to appreciate the little sights and sounds along the road. Today was a particularly short day, but it was one of my favorites in a long time due to the beautiful scenery. I walked for quite a ways with Lucy, a law student from Australia, before finally descending down a steep hill into the town of Portomarín. This town really stood out because of the Rio Miño, probably the widest and bluest river we had seen along the Camino.

I had sent my pack ahead to a hostel but had no reservation. I had figured that the town was large enough and had a wide enough availability that there would be plenty of beds in the hostel at my early arrival time. Nope. And no beds across the street, either. Luckily, the hospitalera called another place that had plenty of space, but I had learned my lesson: reservations every day from now on!

Since I checked in early, I had plenty of time to do my daily errands in the afternoon. I stopped by the supermarket for lunch. Long ago, I tired of always eating the same bocadillo (sandwich with ham, prosciutto, cheese, Spanish tortilla, etc) every day for lunch. This is usually the main lunch offering available at any bar or restaurant, but after a few weeks of eating nothing but bocadillos, I was in serious danger of becoming a bocadillo. It is also tricky to find meals with fresh vegetables, which is what my body craves after a long period of meat, cheese, and bread. In León, I had discovered that supermarkets often sell prepackaged salads for about €2.50 *that also contain a fork.* Magic! So as often as possible, I stop in the supermarket of the major city that I pass through to buy a salad. And then my stomach and wallet are both happy.

It was a great afternoon just to be outside. I took my iPad (the Kindle app has proven invaluable on this trip) to read in the park. Some pilgrims read philosophical or spiritual books on the Camino. Others bring along something inspirational like a book of poetry. I am reading Sh*t My Dad Says. So sue me. 😉

The highlight of the day was meeting up once again with Lynn and Garrett. Even though it has been nice to walk alone, sometimes when I see close-knit groups of pilgrims together, I miss the camaraderie of my now-disassembled group of friends. They introduced me to some new friends, and we ate a feast at the O Mirador restaurant and albergue that overlooked the river. (Unfortunately, it was at this time that Netherlands beat Spain, eliminating them from the World Cup competition. So much for celebrating Spanish-style). We said our short-term goodbyes, as it is uncertain whether we will see each other in Santiago or not. I hope we do. 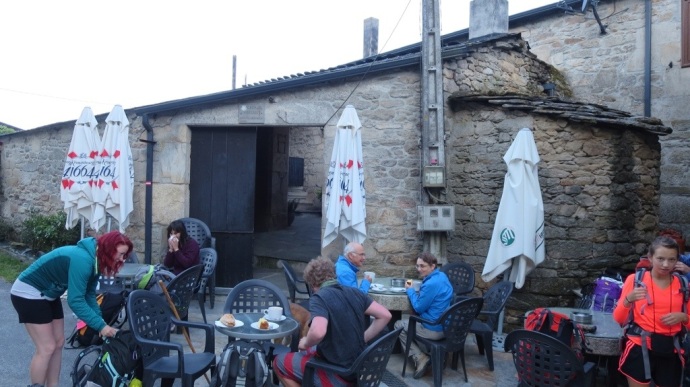 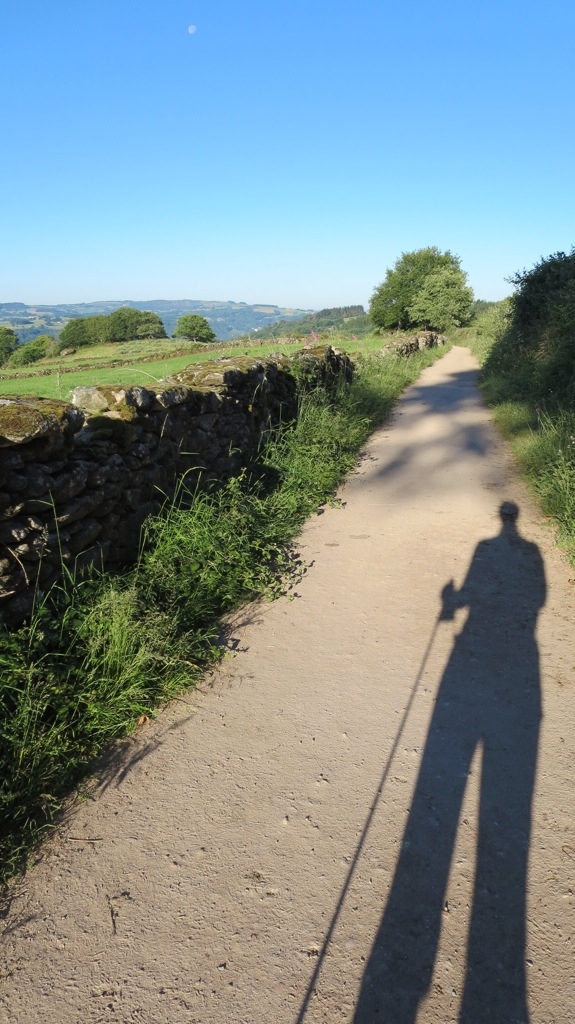 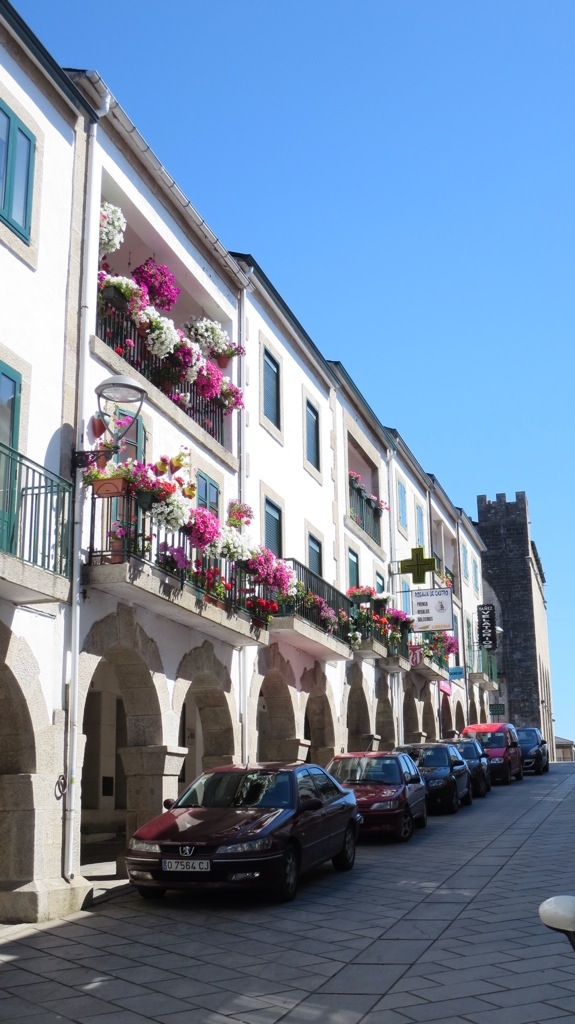 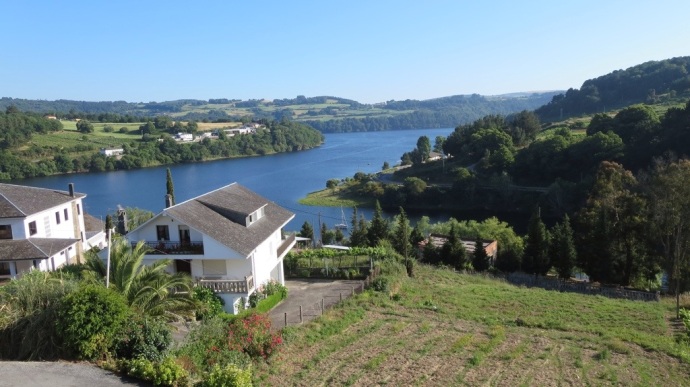 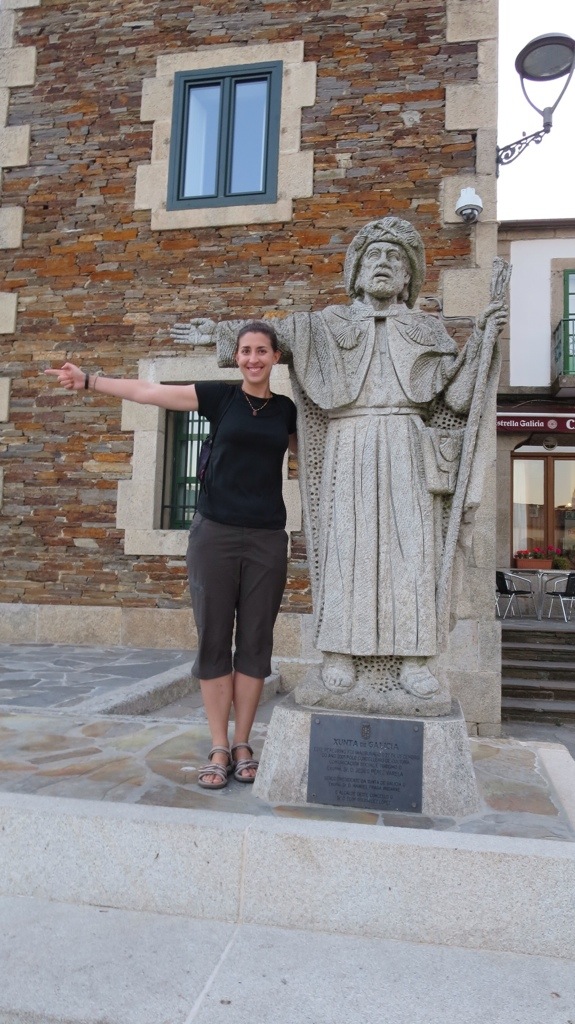 5 thoughts on “Day 36: Morgade to Portomarín”